Stacey Mill (LT. Governor of Division 3) installs the officers and new members at our monthly meeting held on 10-18-16 at the Green Turtle!

President Cheryl Davis (2016-17) getting pinned in her new leadership role. 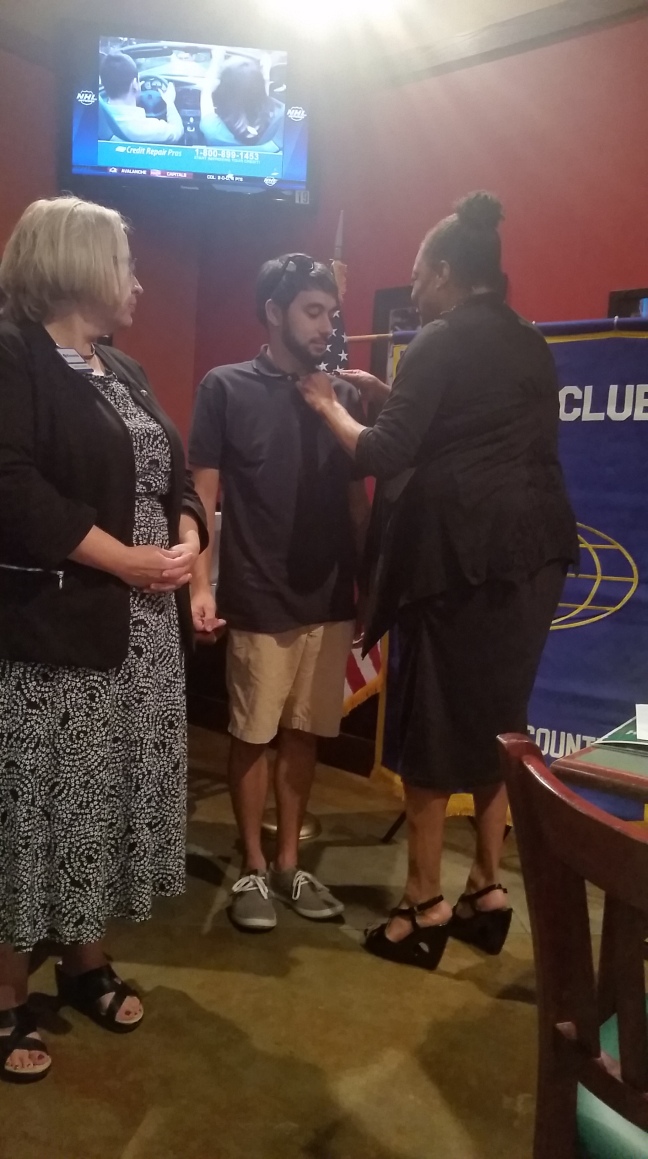 The official installation as President and President Elect. 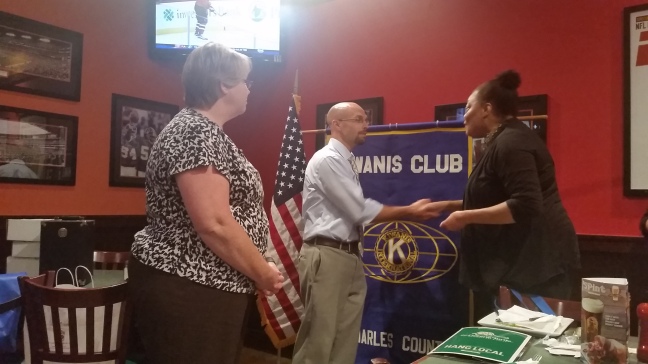 New members being installed into the club.